When I was a youngster the idea of ever being as elderly as, say, 35 or 40 seemed appalling and inconceivable; anyone over the age of 21 was positively antique. But that was before I was introduced to the world of masters rowing, where with the passing of years comes not wisdom but useful handicaps, and each birthday brings you pleasingly closer to the next age category.

Maybe rowing involves some miraculous elixir that keeps you ever-youthful, because rowers just seem to go on and on and on. And so it was that last night at my club we celebrated the 80th birthday of the legendary John Jones.

I use the word ‘legendary’ advisedly – for John hit the headlines eight years ago when he suffered a cardiac arrest at the end of a race at our very own regatta. He is alive today only thanks to the ministrations of doctors who happened to be on the bank and a defibrillator rushed over from the leisure centre.

Anyway, he is alive – very much so – and not only still rowing but still competing. It only seemed fitting, then, to celebrate his birthday with a scratch regatta in which John competed (and won).

So if anyone ever asks you if there’s an upper age limit for rowing, just sing them a snatch of Ol’ Man River which pretty much sums it up…

You, you and me, you know sometimes
We have to we have to sweat, sweat and strain
Our bodies, our bodies are all achin’
And wracked with a whole lot of pain 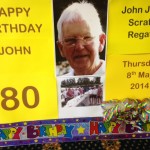 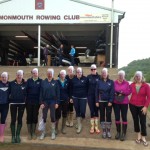 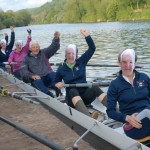 But which one is John? 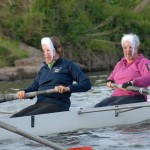 John rows at bow AND two… 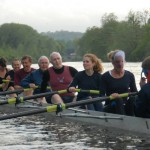 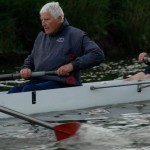 He’s still got it. 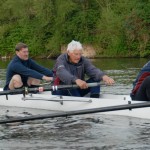 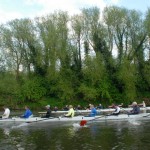 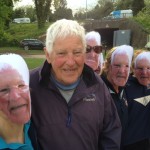