I guess it was inevitable. Having had a brief flirtation with some other sports a couple of years ago, I came back to rowing, my long-term love, and all was forgiven. But once you’ve strayed it’s bound to happen again, and sure enough it has. Before you look away in disgust, though, bear with me. My dalliance could even be good for my relationship with rowing – you know, keeping it fresh and all that – so keep reading.

So, what’s been going on? Well, in an act of insane generosity, GoPro – the people who make the deceptively small, hyper-cool action camera which is proving increasingly popular amongst rowers – invited me to watch the spectacular Nine Queens event for female freestyle skiers and snowboarders, which took place last week in Serfaus in Austria. Not only that, but they let me play with my very own GoPro Hero4 – and yes, there will be a review of it just for rowers coming soon, hopefully in a Certain Magazine you’re probably familiar with, once I’ve got the hang of it and taken it out on the river. It’s a seriously clever bit of kit – and I promise I’m not just saying that because GoPro were such amazing hosts. I can’t wait to do some filming on the river, even if it does reveal all the flaws in my technique. Like I said, it’ll be good for my rowing.

In the meantime, I thought I’d share four things I discovered on the mountain last week.

1. This occasional, friends-with-benefits thang I’ve had going on with skiing just isn’t working for me. I’ve only managed to sneak away for four days on the slopes in the last 10 years. Four days. So things have got to change. It’s time to commit. And if you take a look at some of the pictures taken last week, I think you might just understand a little why I’ve become so smitten again. 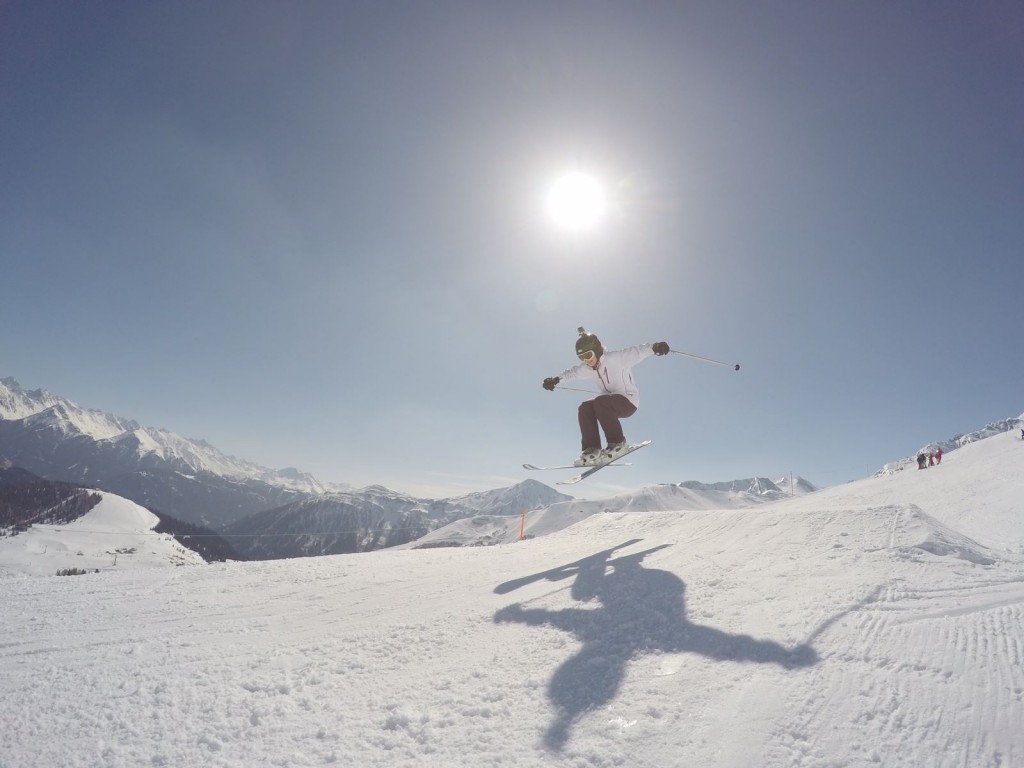 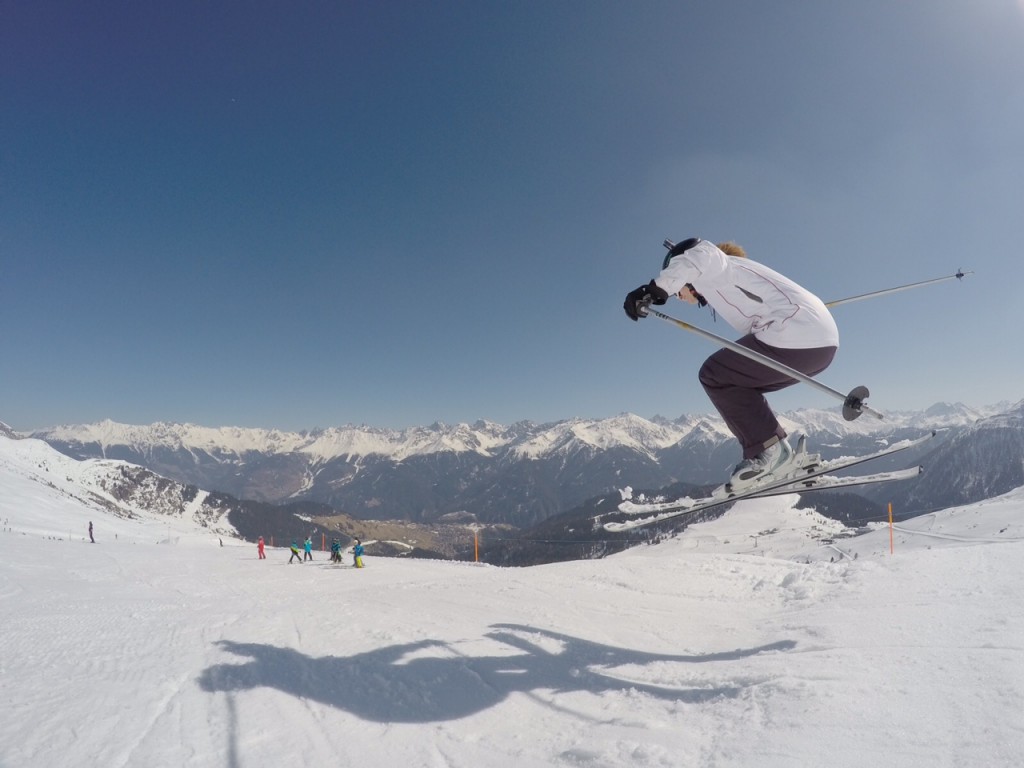 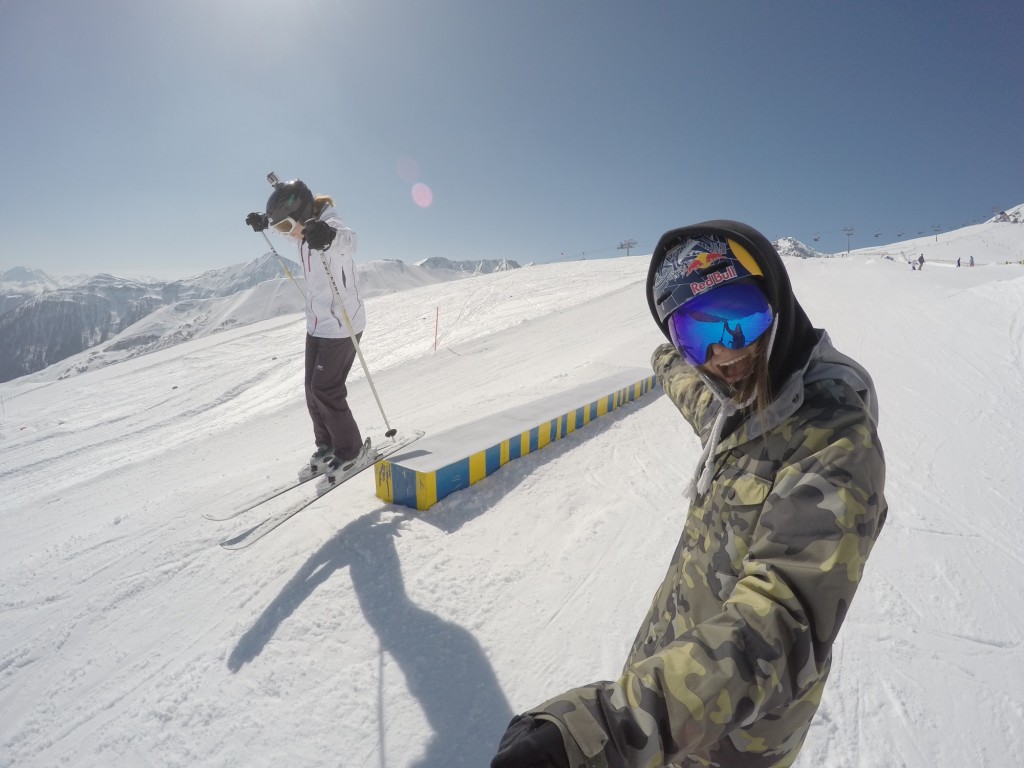 2. I need more yoga in my life. It puts me back together when my body’s all tense and twisted from rowing, hunching over a computer or skiing, and it settles my crazily busy mind. OK, so I won’t always be able to have the amazing Anna Langer teaching me on a glorious mountainside roof terrace, in the company of some of the world’s best freeskiers and snowboarders. But hey – even in the local village hall, it’ll meet the need. This is how yoga should be done. But a village hall will do nicely.
Photo courtesy of Anna Langer.

3. Freeskiers and snowboarders are some of the coolest, bravest, friendliest people you could hope to meet. So are rowers, obviously, but there’s something I have to tell you – and I’m sorry to be the one to break this to you. The snow fiends are way, WAY better at dancing than rowers. Just saying.

4. I’ve established that I am back in fine fettle after putting up with some pretty lousy health over the last few months. OK, so the early mornings, late nights and partying did finally break me, but I felt pretty strong on the slopes and even managed an outing on the river the day after I got back. Hurrah!

So, then. I’m going to try to strike a balance. The rowing is here to stay – that goes without saying – but there will have to be room in my life for some mountain time and a regular yoga session. That’s not too much to ask, is it?

If you want to know more, look out for my interview with the fabulous Jamie Anderson – first ever female slopestyle snowboarding Olympic gold medalist – coming soon in Snow magazine online, and for my GoPro review.

And finally… huge, grateful thanks to the brilliant team from GoPro for an action-packed couple of days, to the organisers of Nine Queens for a fantastic event, to the gorgeous Anna Kathalina for back-saving, blissful yoga, to the endlessly patient film-maker Johannes Östergård for great pictures and footage (and for not minding when I accidentally punched him twice in the face – whoops) – and of course to my new girl-crushes, Jamie Anderson and Kaya Turski, for being so lovely, helpful and generally awesome. Namaste.