Be careful what you wish for! Pots of fun at Penarth

The eagle-eyed amongst you might have spotted that in a recent post I mentioned that a pewter pot was right up at the top of my rowing wish list. The china ones are lovely, and if you have enough to spread around (if your shelf overfloweth), they make a fine receptacle for a cup of tea. But a pewter pot … well, it’s a Proper Pot, isn’t it? After all, when you picture a tankard you don’t think automatically of a giant mug, do you?

I had an inkling, when we took a motley bunch of assorted rowers to Penarth Regatta last weekend, that there might be some silverware up for grabs. I was also aware, though, that our strategy when it comes to Penarth – which involves sea rowing in clinker-type boats – is primarily to give everyone a go, to bring people on, let them have a shot at something new, mix up our different squads, and most of all to have a bit of fun. 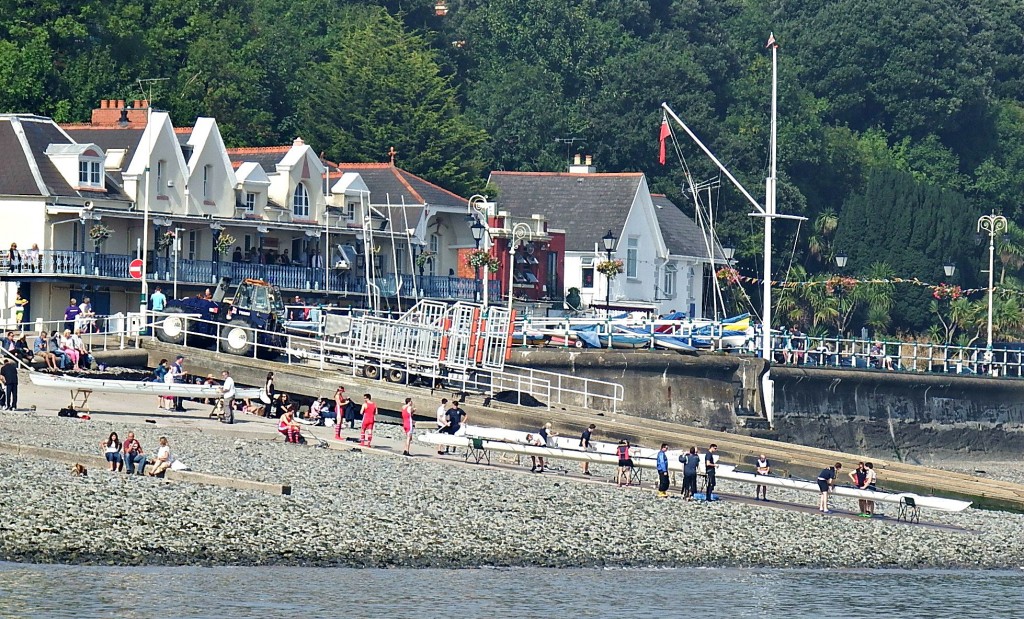 So you might find a Monmouth crew with an elite sculler in a 4+ alongside a couple of juniors who’ve never tried sweep rowing at all, coxed by someone who’s never even sat in the ninth/fifth seat. It’s more of an itch crew than a scratch crew – but all the more fun for that.

Before we arrived I had no idea what I’d be rowing in – in fact crews were decided on the spur of the moment as we headed down the slipway. I found myself in a pretty promising open mixed 4x with ages ranging from… oh, look, let’s just say that the oldest crew member was old enough to be the youngest’s mother, and then some. We also cobbled together a women’s 4+, with me stroking and issuing instructions to our novice cox (yikes), a trusty member of the women’s squad behind me and then a couple of brave juniors who’d never tried their hands at sweep.

Our mixed quad, after I finally got it together… 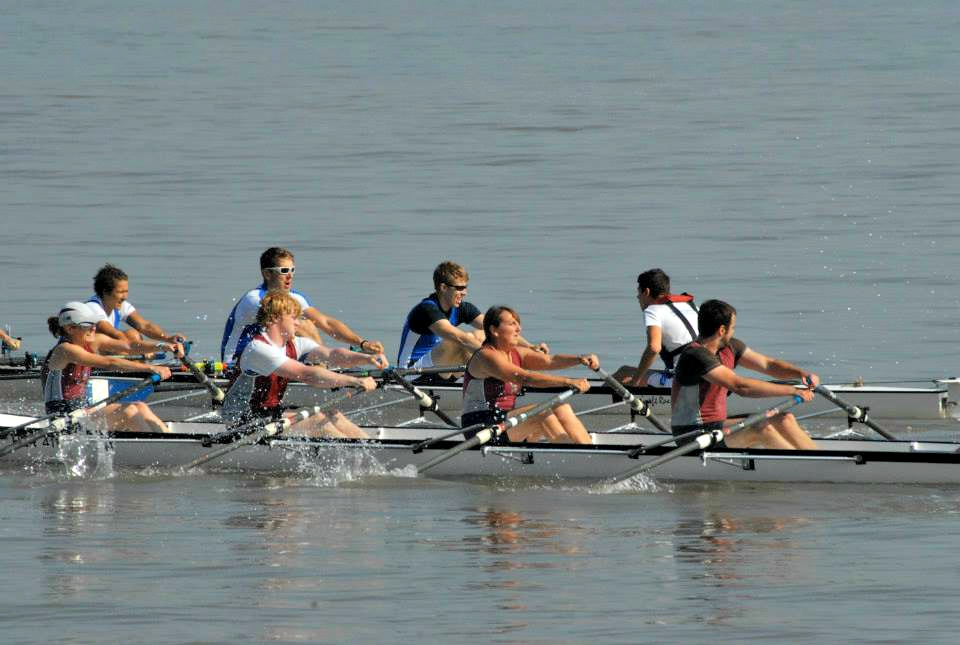 The mixed 4x got through to the final, no thanks to me (I was having what, if I’m being generous to myself, could be described as technical issues with my bowside blade), but were beaten in the final by a strong-looking crew from Cardiff (I think). Our W4+ got beaten fairly definitively, but the new girls coped admirably with the ludicrous stroke rate I was setting (WHY is it so hard to slow the rate mid-race? Why? That is, by the way, a serious question. I’m new to the stroke seat.)

All was not lost, though. There was coxing to be done, and lots of it, and thanks to the fine efforts of our juniors and senior men I came home with not one, but three splendid pewter pots. 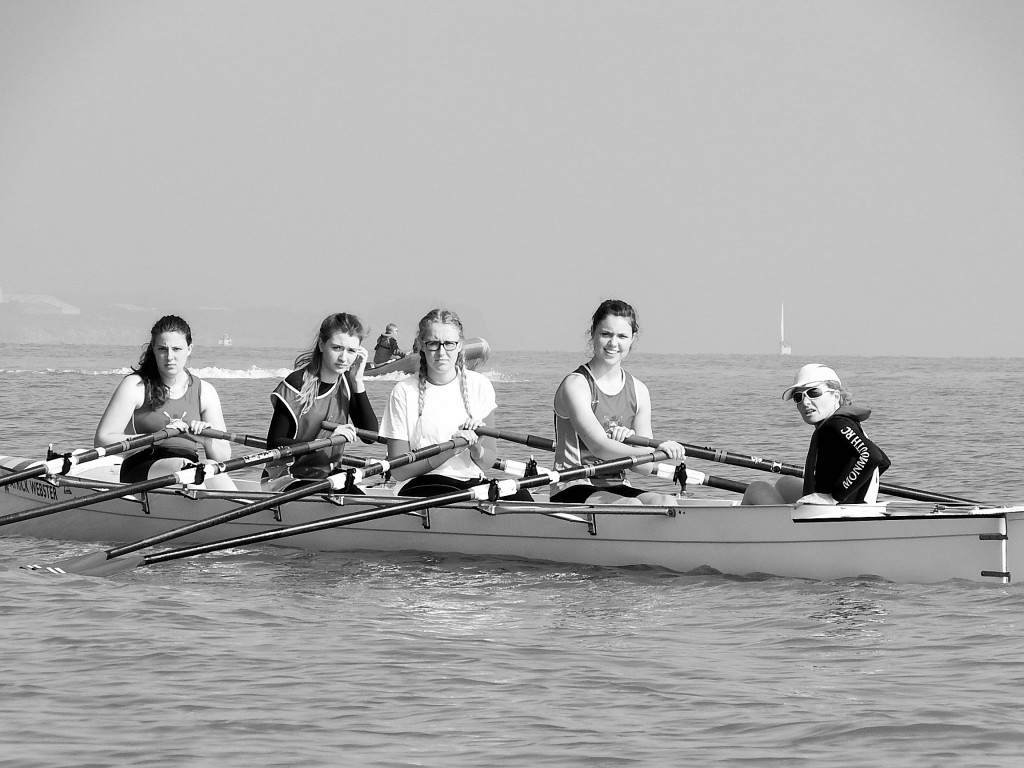 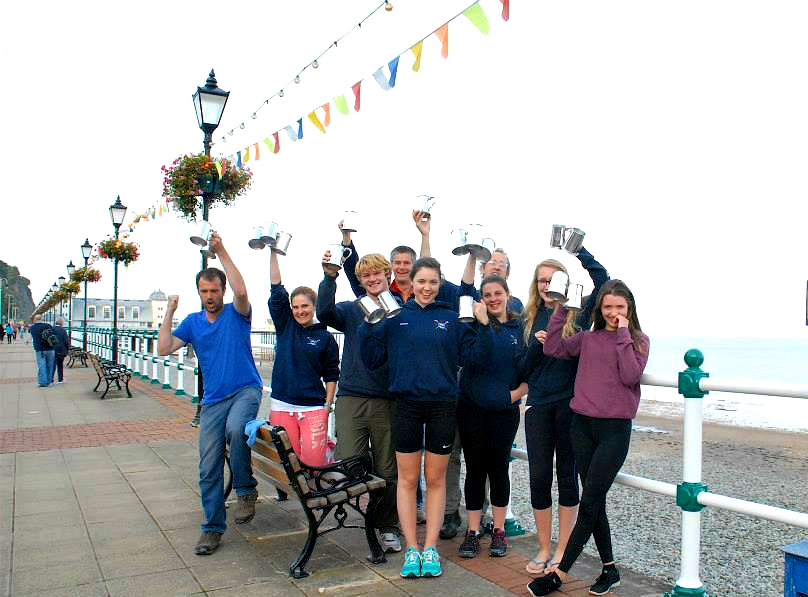 Lots and lots of pots!

That’s not the end of the story, though. On closer inspection, we discovered that our shiny new tankards didn’t bear the Penarth name and shield but – weirdly and inexplicably – the Monmouth one. And it wasn’t just that they’d matched the pot to the winners. No, all the winners came home with an MRC pot. 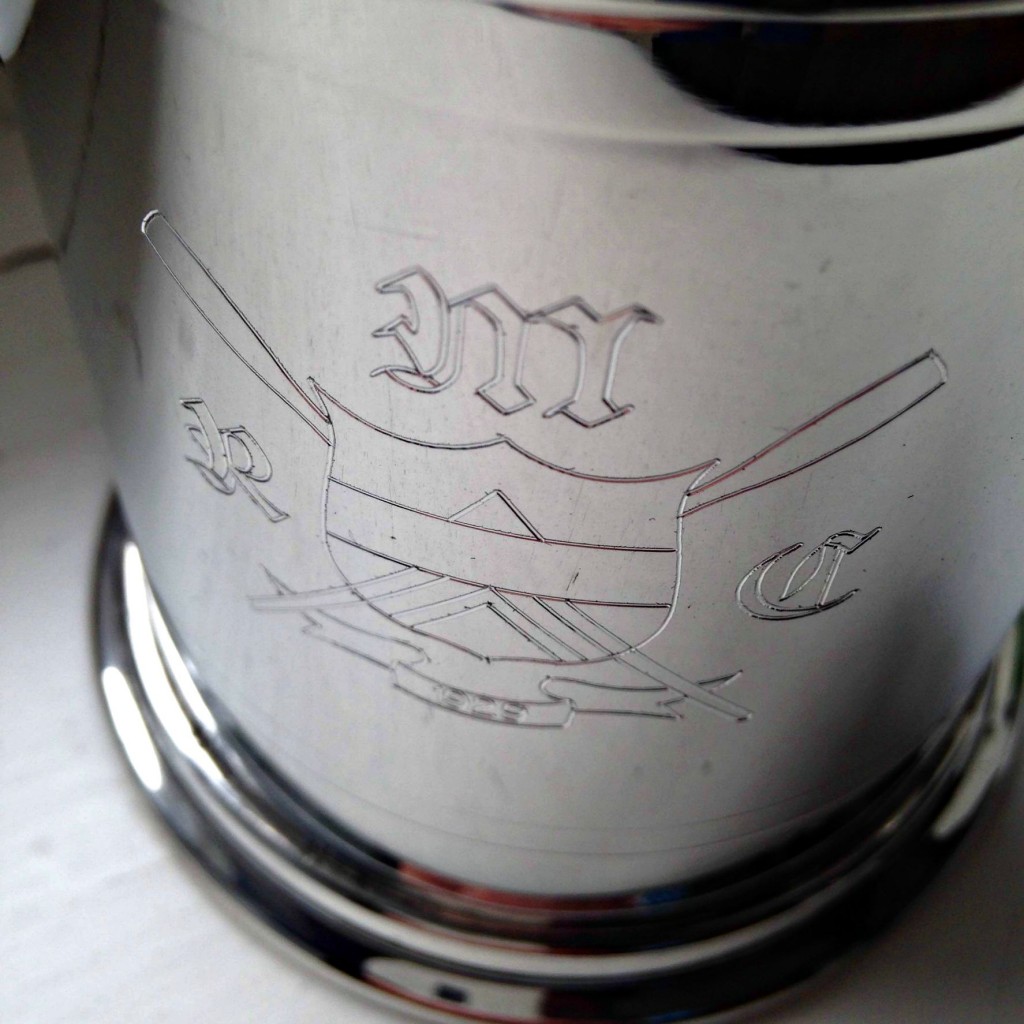 Which is actually fine. You see, at Monmouth we only award pots to novices these days, and as an IM3 rower who won her first point at Ross, I was never, under any circumstances, going to win a Monmouth pot. Yet now I have three. That, ladies and gentlemen, is what you call win, win, win.