The fourth and last in this year’s series of gift guides. You’ve already had suggestions for women rowers, coxes and juniors, and now it’s time for the men. Apprently a box of crystallised fruit left over from last year isn’t enough to keep them happy – fussy or what? – so here’s the ultimate gift guide for male rowers that is sure to make them truly contented. 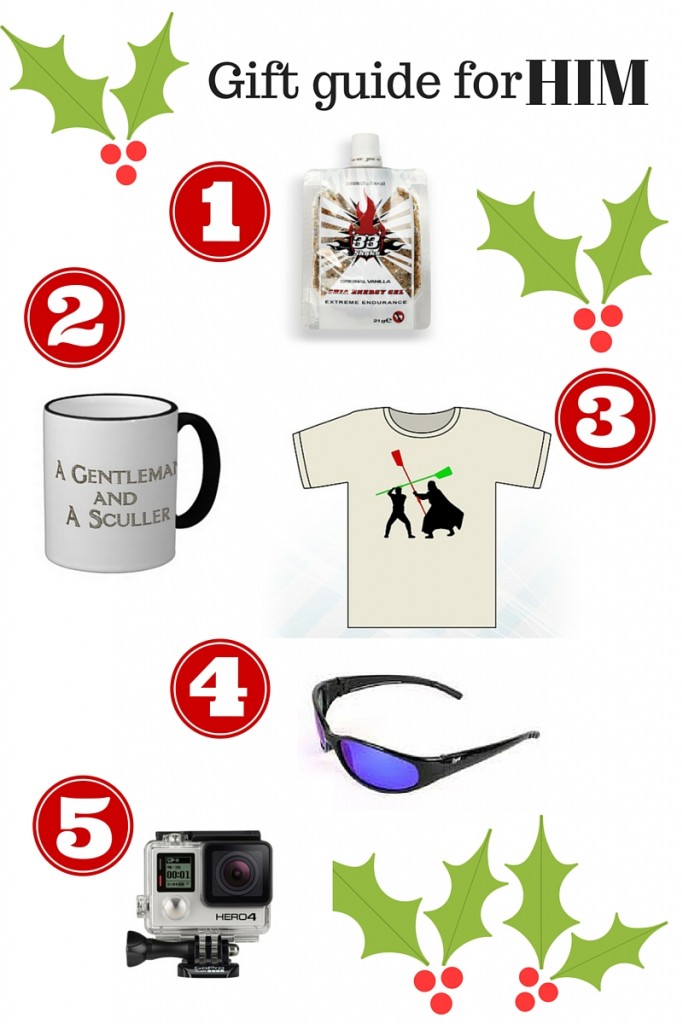 These are a far cry from the standard energy gel which has an unfortunate consistency that… ewww… I can’t even… These, by contrast, have a bit of texture and crunch, and are super good for you. They have no artificial ingredients and are low GI – great for winter training (and summer training for that matter – I used them both for marathon training and at regattas this summer). He may, of course, use their extreme healthiness as an excuse for another mince pie but that, I’m afraid, is your problem and not mine.

Nice chunky mug and a slogan that made me smile (and there aren’t many rowing puns that I actually find amusing). Just be sure that he is actually a sculler. I’m far too polite to pass comment on the gentleman bit.

There’s a strong likelihood he’s secretly into Star Wars, especially if he is of, cough, a certain age. I’m reliably informed that there’s a whole generation of men deeply and permanently affected by seeing Carrie Fisher in that metallic bikini at an impressionable age. And now there’s a new film out (and not one of the terrible prequels) it’s OK for him to go public with it.

I can’t be the only rower whose sunglasses have ended up at the bottom of the river during a fast and furious piece (or, less impressively, whilst removing layers). These, brilliantly, will stay afloat if you drop them into the river. And they’re cool enough to make him feel like a boss (even if he doesn’t row like one).

This is the daddy of action cameras. It really is the business for filming rowing and captures footage in video format as well as stills and burst. The quality is superb, there are plenty of options for attaching it to different bits of the boat and there’s internal wifi for him to transfer the footage straight to his phone. Two things to be aware of, by the way. First, you’ll need to spend extra on the various mounts. And secondly, be warned that if his rowing’s not up to scratch the camera never lies. Just saying.

As for me, I made my own Christmas list public a couple of years ago, and it still holds good. No, really, you’re too kind.