I’m a late convert to gels. I used to find their texture and consistency unappealing and couldn’t really see the point of them. Until this year, that is, when I had something of a Damascene conversion. I used them to great effect on our Finnish adventure, refuelling with them mid-race and finding them by far the easiest way to get in calories in a short space of time (I poured several gels into a wide-spouted bottle and slurped them down when we took it in turns to stop – importantly, I could do this one-handed). Since then I’ve come round to the idea of them and have become a bit of a fan. So when I was sent a box of SiS gels and asked to report on a month of gel use, I was pretty delighted. Here’s how I used them.

Local regattas can be complicated affairs. Even with strict rules about doubling up, there are always, always delays and time changes. You know how it is. You were due to race at 1pm so you thought you’d eat lunch immediately after your race. Then your oppo doesn’t show, or gets delayed, or someone gets your slot, and then suddenly the race is going to be at 2. You know you’ve got to the point where you need to eat, but if you’re anything like me you’re nervous as hell and eating solid food – or anything approximating an actual meal or snack – is out of the question.

This is where gels come in really useful. Even someone as jittery as me can down a gel or two just before a race with no ill effects or nausea. I used them in just these situations at both Ross and Bewdley regattas and they plugged the hungry gap brilliantly, keeping my energy levels up (and contributing to a couple of wins at each regatta). Here I am at Ross (hey, it was 27 degrees – no wonder I look pink) grabbing a gel between races. 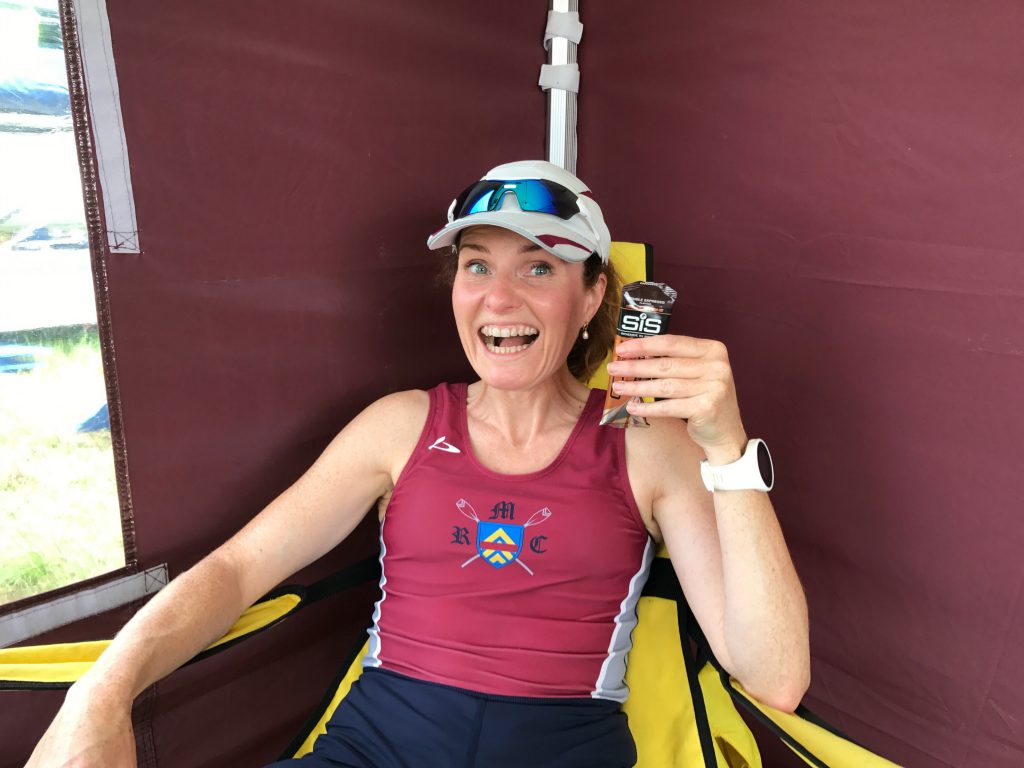 Best of all, you can be confident they are WADA-friendly and won’t get you into trouble if you’re competing.

It’s not just races they’re useful for. If you have a super-long outing, like the 22km trip to Newcastle and back I did at the TURC Sculling Camp, a gel is perfect to keep you going. As I was tail end Charlie on the Long Row, I didn’t have time to eat properly when we rested but a couple of gels – one in the first stop and one when we got to Newcastle – saw me through until lunchtime. 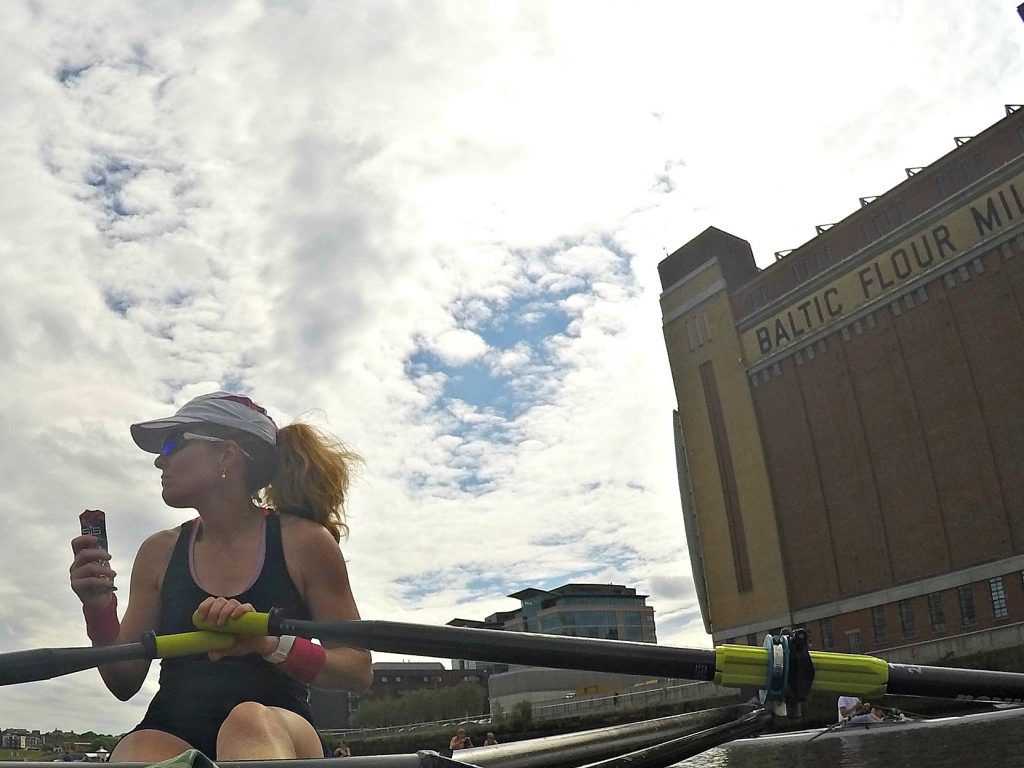 I’ve been doing a few double outings on a Saturday – going out in a crew for our regular outing and then taking a single out for another paddle afterwards. If I’m to get the boat I want there’s no time to hang about and eat in between the two outings. It’s a jungle out there, you know. So making a beeline for the coveted lightweight single and bringing a gel on board proved to be the answer. Yes, I could have brought a sandwich or a snack in the boat, but honestly a gel is far, far more convenient (and fits into my handbag). 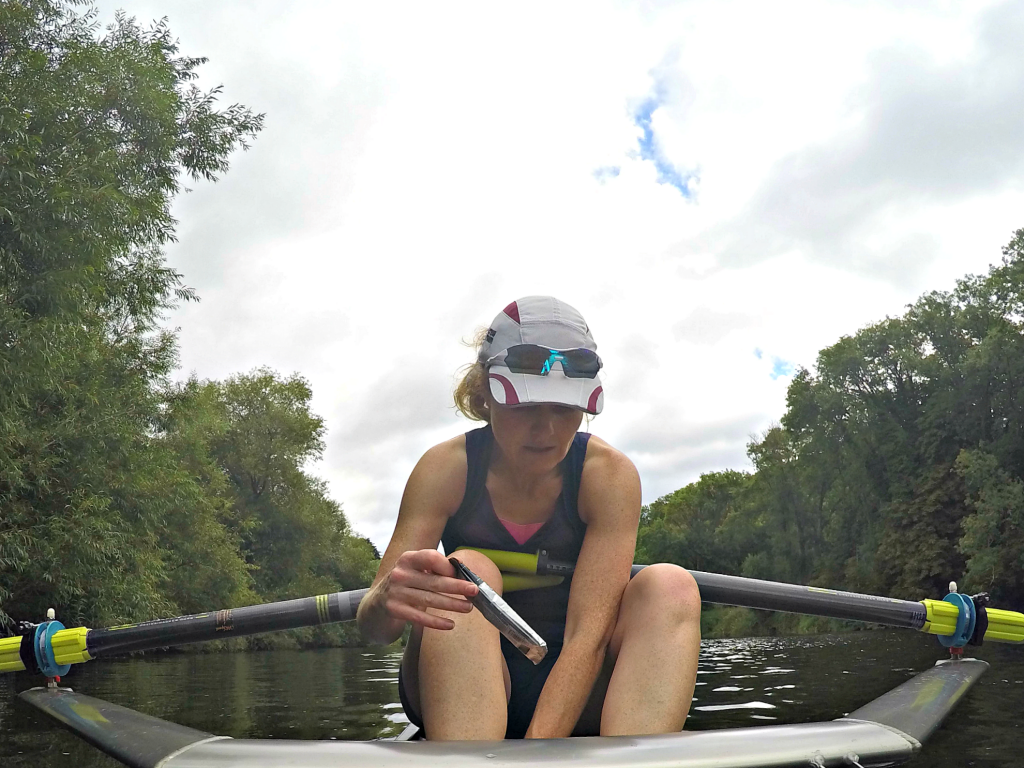 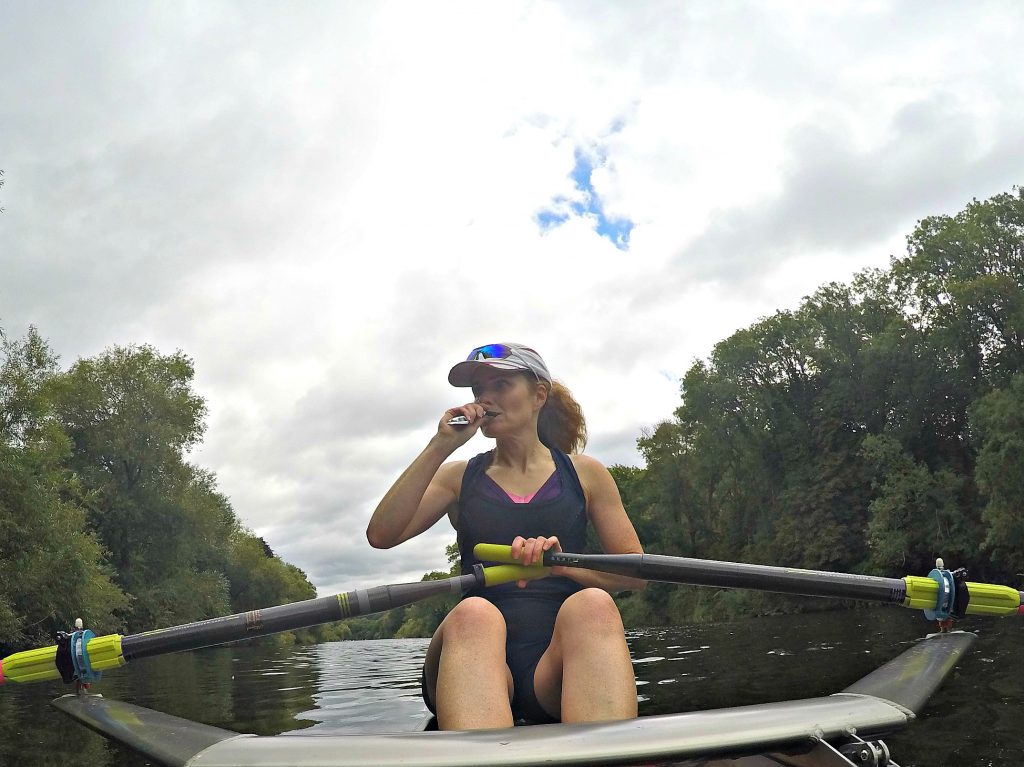 Even on normal days if I’ve left it too late to eat, I’ll grab one just before training to give me a bit of a buzz and see me through.

We’ve been pretty active over the summer and the gels came in particularly handy any time we were going out for a hike – really light in a backpack. Here’s me enjoying one at the top of the Skirrid, near Abergavenny. 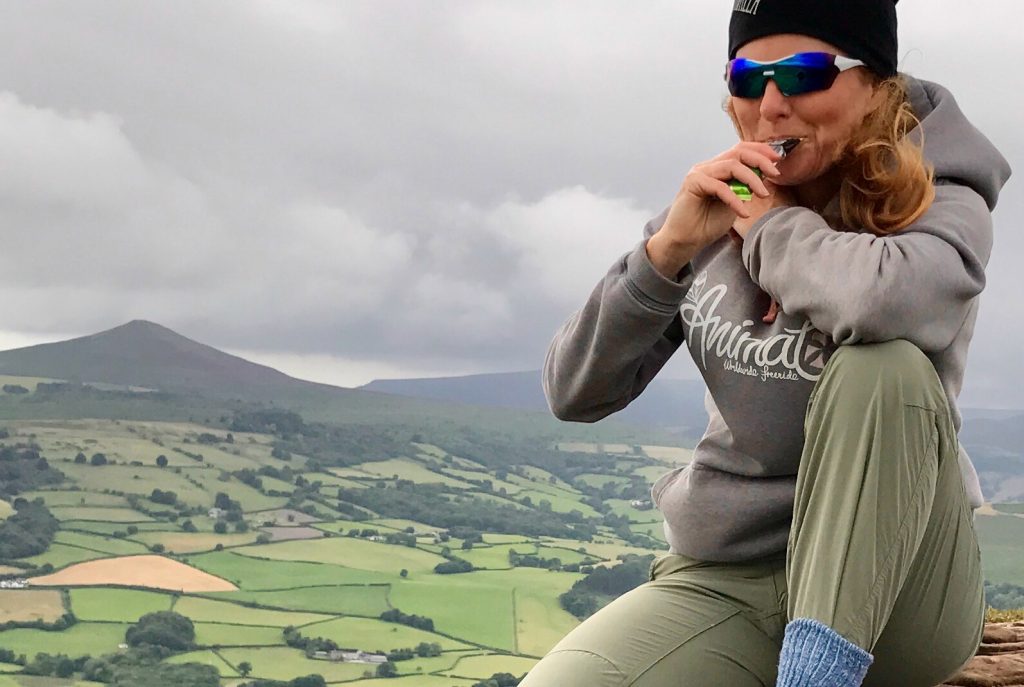 Which gels to choose?

I was trialling the energy and caffeine gels which retail at £54 for a pack of 30. I liked the effect of the caffeine – I always find it helps give me that extra zizz – but if caffeine’s not for you there are loads of other options, including electrolyte gels and isotonic energy gels.

I tried several flavours: espresso, cola, berry, citrus and lemon and mint. Far and away my favourite was the espresso, followed by the berry. I wasn’t so keen on the cola or the lemon and mint.

You can see the full range of SiS gels here.

Are you a gel fan? If so, what flavours do you prefer?

Note: I was given the gels by SiS free of charge but didn’t receive any payment for this post. As always my views are independent and honest.