The maiden voyage of Girl on the River

Ever since I took delivery of my gorgeous new boat I’ve been itching to race in her. Unfortunately I had to pull out of Llandaff as I had a nasty cold, so Bewdley Regatta was the venue for the maiden voyage of Girl on the River (as a racing boat, at any rate). I was delighted – Bewdley is one of my favourite regattas. Pretty town, warm welcome, straight-ish course, pewter pots if you’re lucky enough to win, the occasional sound of a steam train carried on the air and house martins darting and swooping above the water. They even laid on a peal of church bells for my arrival – talk about going the extra mile.

I had very limited aspirations for my race. It was only my second ever race in a single and I still have a lot to learn. I’ve had a fair bit of time out from training because of ropey health recently and am still getting used to the feel of my boat, so I set myself just four targets: 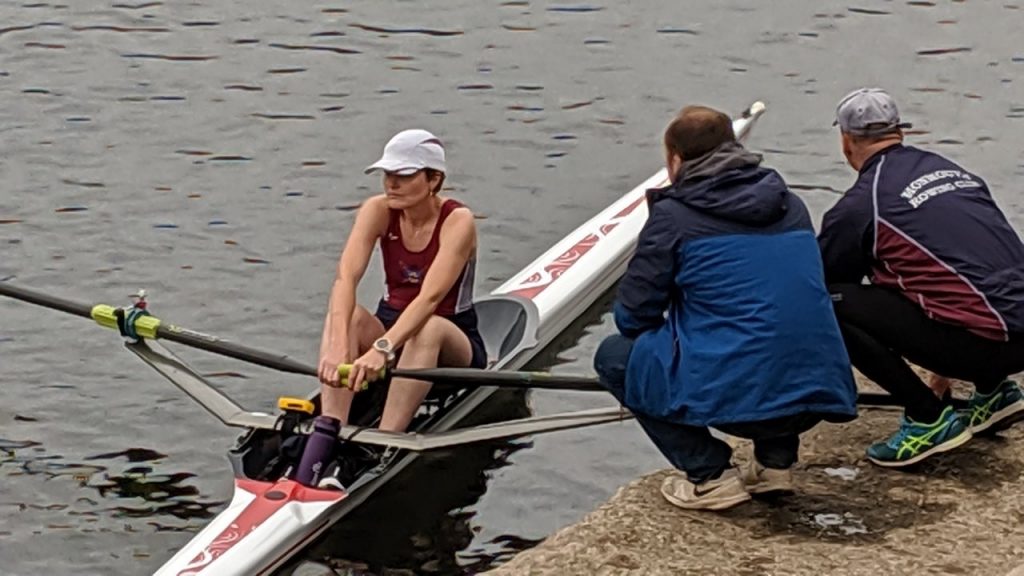 My opponent, the lovely Sara from Stourport, was an experienced sculler but hadn’t rowed in a while and her boat (by her own admission) had seen better days, so we agreed that levelled the playing field a bit. Neither of us had the best start – in between being aligned and the word ‘go’ we’d both drifted a bit so were struggling to get straight, but my start went pretty well and for the first quarter of the race we were gratifyingly close. It wasn’t long, though, before Sara pulled away. I kept veering off into the shallow water by the bank – my steering is still very much a work in progress) – and by the finish Sara was ahead by 1.5 lengths and won that nice pewter pot. 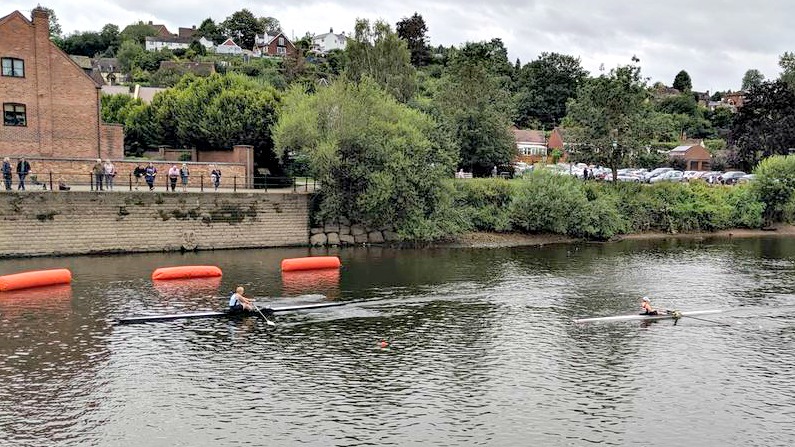 Even though I didn’t win, I was actually super-pleased with the race. I felt like I kept my length and form reasonably well even when I got tired (apart from the odd wobble). I achieved all four of my targets. I wasn’t at the receiving end of an “easily” verdict. And I felt like it was a really encouraging start to a life as a competitive single sculler. Girl on the River – small, light and perfectly formed – was a dream to race in (and astonishingly quick to rig and derig – hurrah) and I hope I did her justice. Once I can get my health and my steering sorted, I’m really excited about what the future has in store for us.